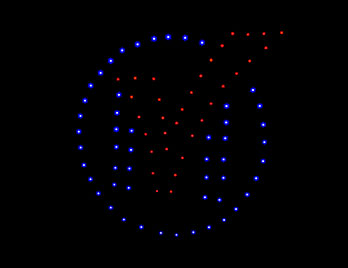 We produced the first ever “virtual drone show” in Canada for the city of Markham, on July 1st, 2020. Since the pandemic prevented all mass gatherings, the city of Markham contracted us to produce a custom-made drone show on our own testing grounds, film it, and they released the video on-line on Canada Day. 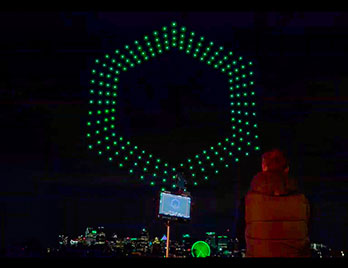 The largest bank in Eastern Canada turned to us for their latest television publicity campaign, featuring a swarm of 200 drones and 2 custom shows. 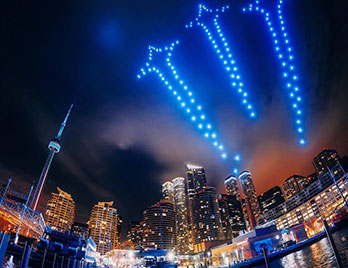 For the launch of the new “Forza Nocta” brand, in collaboration with Drake, Nike commissioned North Star Drone Shows to fly a gigantic version of their three-cross logo in Toronto. 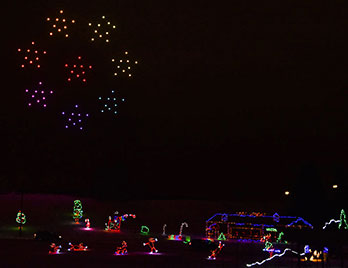 Deloitte hired us to design and perform a Christmas-themed drone show that was filmed and then sent to all their employees as part of the holidays festivities. 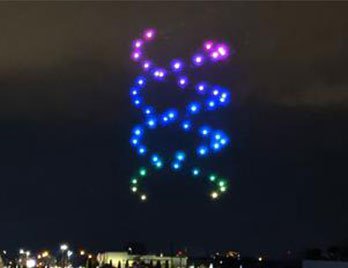 Bingemans, one of the largest entertainment venues in Southern Ontario, partnered with North Star Drone Shows to present a series of drive-in drone shows where spectators can enjoy our performances while staying socially distant in their own cars. 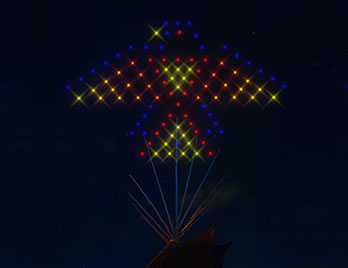