Our team of professionals combine deep expertise in pyrotechnics and drone choreography with meticulous attention to detail and quality assurance, to produce stellar events that light up the night sky.
Meet the storytellers...

Jeff is the founder, President & CEO of North Star Entertainment. In the early years, Jeff started his career in fireworks manufacturing where he spent 4 years learning the craft and science fireworks manufacturing.  He designed, developed and marketed the first pyrotechnic cakes ever approved for sale for the Canadian market. Now as the founder of North Star, Jeff is responsible for hundreds of fireworks and drone shows a year, including regularly, over 100 show on Canada Day across the nation.

In his day-to-day activities, Jeff is responsible for communications, logistics, show conception and show administration. 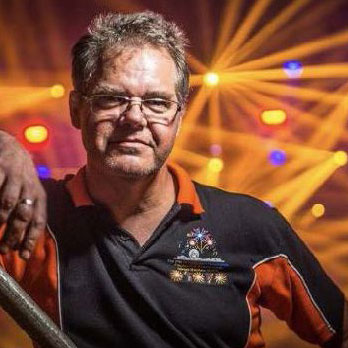 Patrice is the Co-owner and Technical Director of North Star Entertainment and is the former Vice-chairman of the Canadian Pyrotechnic Council. Patrice is a 33-year veteran of the international pyrotechnics industry where is specialty is in pyro musical design, show production and drone light shows. Most recently, Patrice served as the Technical Director of the 2017, 2018 and 2019 Philippines International Pyro Musical Competition. He has worked with Ocean Park, Sea World, Hong Kong, Shanghai and Anaheim Disneyland, the Shanghai Special Olympics, and the Asian Games. He has also been featured on the National Geographic channel’s “Inside Hong Kong’s Big Bang”. His work twice set the Guinness World Record: as designer and technical director of the 84th birthday of His Highness the King of Thailand in 2011, and as producer of the largest fireworks show ever in 2017. After years abroad doing international shows, Patrice has come home to Canada to join North Star Entertainment.

In his day-to-day activities, Patrice is responsible for the design, planning and execution of our large scale pyromusical shows and of all our drone shows. 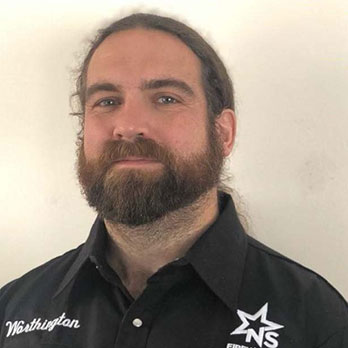 Geoff is the General Manager and Show Coordinator at North Star Entertainment.

He makes sure that things are perfect, from conception to production, and from firing shows to site clean-up.  He works closely with not only our clients, but also with our crews and local authorities having jurisdiction, to ensure everyone is more than satisfied with the final product.  The end result: consistent, high-quality entertainment for which North Star has become famous.  Crews, clients, and audiences alike all benefit from his supervision and dedication.